2016 marks the 100 year anniversary of the 1916 Rising, a historical event that lead to Ireland gaining its independence from Great Britain a few years later. To celebrate this momentous moment in Irish history, there will be events held all over the country and we here at Wild Rover Tours will be organising 1916 Easter Rising historical walking tours around Dublin. If you are looking to check out some of the most historical sites in your own time, here are some of the most important and historical 1916 sites to visit around Dublin.

One of the most widely recognised buildings from the 1916 Easter Rebellion, Dublin’s General Post Office is also one of the most historical buildings from the uprising. The G.P.O was used as the rebel headquarters during Easter Week 1916, under the command of James Connolly, and it was here that the Proclamation of the Republic of Ireland was read for the first time by Patrick Pearse on Easter Monday 1916. You can still see some of the damage from the bullets shot at the building’s facade, a reminder of the building’s violent past. 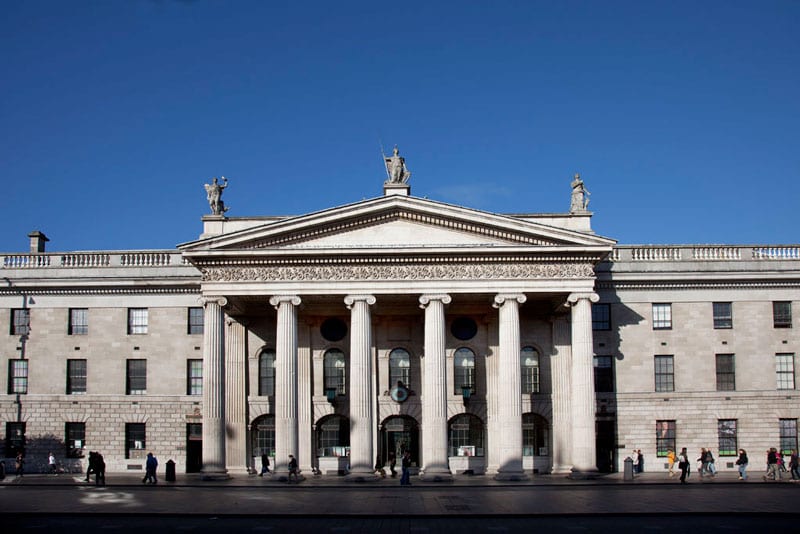 What is today a very peaceful and beautiful city centre park, was once used as a base for between and 200 and 250 members of the Irish Citizen Army, under the command of both Commandant Michael Mallin and second-in-command Constance Markievicz on Easter Monday 1916. Taking base in a park surrounding by high buildings turned out to be unwise, especially once the British took over the Shelbourne Hotel, giving them a perfect view (and aim) at the soldiers hiding in handmade trenches inside the park. If you visit St Stephen’s Green park today, be sure to look out for the bullet holes still on view on the Fusilier’s arch at the main entrance to the park.

Fun fact: During the rising, shooting was temporarily stopped to allow the groundsman of St Stephen’s Green to feed the ducks in the pond! 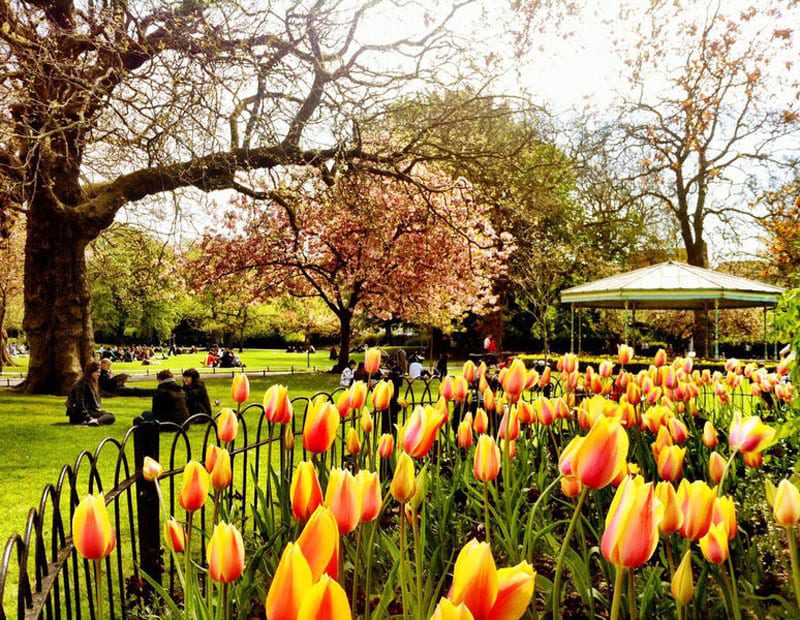 One of the biggest battles of the 1916 Rising happened here on Mount Street bridge, where Mount Street and Northumberland Road meet in the South of Dublin city. Said to be one the most violent and bloodiest battles of Easter week, this battle involved the Irish Civilian Army trying to block Mount Street Bridge to stop British reinforcements from reaching Dublin from the port town of Dun Laoghaire. However, they mistakenly shot down a group of elderly Home Defence Forces on their way home from manoeuvres, mistaking them for members of the British Army, a move that created a public outcry in the area. Buildings that were occupied along this road include the old Parochial Hall and the old Schoolhouse, which can still be seen today.

Today the four courts, located on Inns Quay North of the River Liffey, are home to Ireland’s main court buildings. Back in 1916, the Four Courts were a stronghold for the Irish, acting as the headquarters for Ned Daly and the 1st Battalion. Some of the most intense fightings of Easter week took place in the streets around the Four Courts, and Kelly was later executed by the British at Kilmainham Gaol for his role in Easter Week. 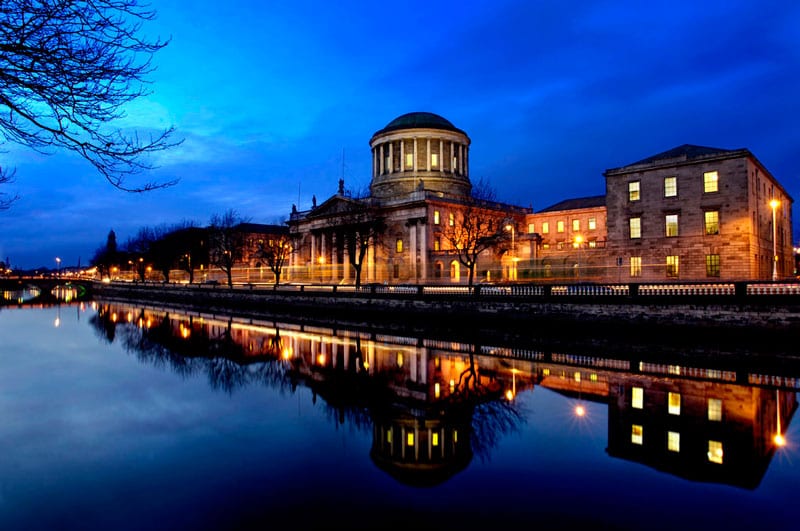 Now one of Dublin’s main hospitals, the buildings at St James’ Hospital were once used as a workhouse for impoverished people in the area. The workhouse was occupied by Irish Volunteers during Easter week and a lot of battles took place in this area. A lot of the old buildings are still viewable within the modern hospital complex.

3. Kilmainham JailKilmainham Gaol is wonderfully spooky and brimming with history. A former prison built in 1796 and closed in 1924, many famous Irish revolutionaries who fought for Ireland were imprisoned and executed here. 14 out of a total 16 Irish soldiers who were executed by the British during the 1916 Rising were shot inside Kilmainham Gaol between May 3rd and May 12th 1916. 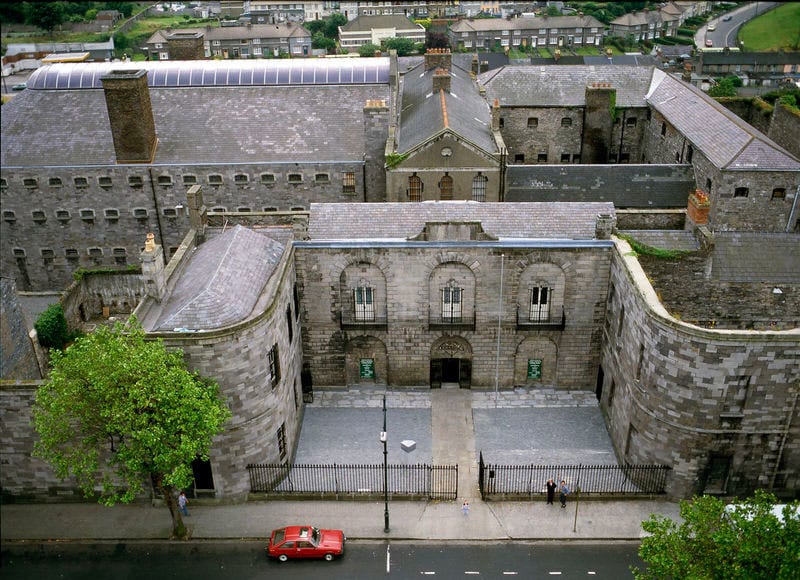 The beautiful Shelbourne Hotel on St Stephen’s Green is one of Dublin’s best-known hotels and has played a large part in Dublin’s history. During the 1916 Rising, the hotel played host to British Troops who snuck into the hotel on the night of Easter Monday, using the hotel as a lookout point to spy on Irish troops occupying St Stephen’s Green. It is hard to imagine when you walk past this luxurious hotel today, that 100 years ago the hotel was full of soldiers sticking their rifles out the windows of the fourth-floor windows. While most guests were moved to the back of the hotel for their safety during the occupation, some were also injured by gunfire. 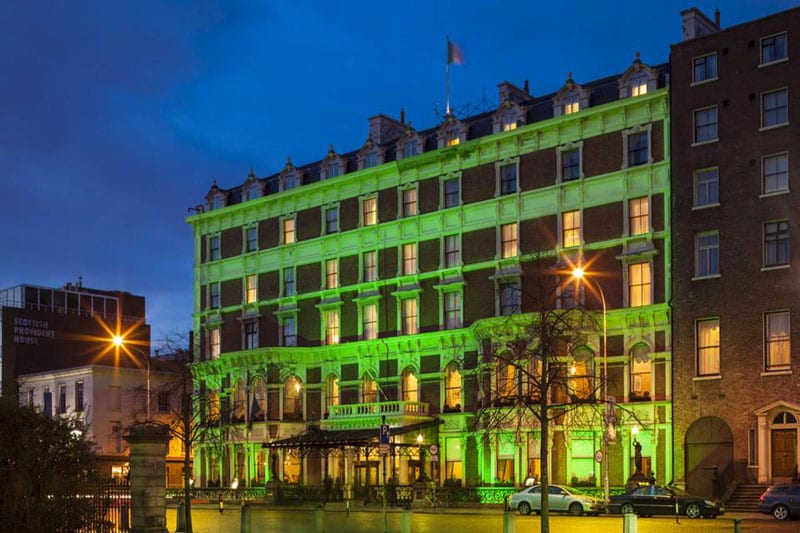 Dublin Castle remains one of the most important buildings in Dublin to this day, home to a major complex of Irish government buildings. Until 1922, when Ireland finally gained its independence from Britain, Dublin Castle was the administrative centre of British rule in Ireland. The castle was one of the most important buildings in the 1916 Rising and yet the Irish forces failed to gain control of is despite there been a very small stronghold of British soldiers occupying the building. It is said if Patrick Pearse and the rest of the Irish soldiers realised how lightly guarded the castle really was, they would have most definitely fought harder to overtake the castle and use it as their HQ. 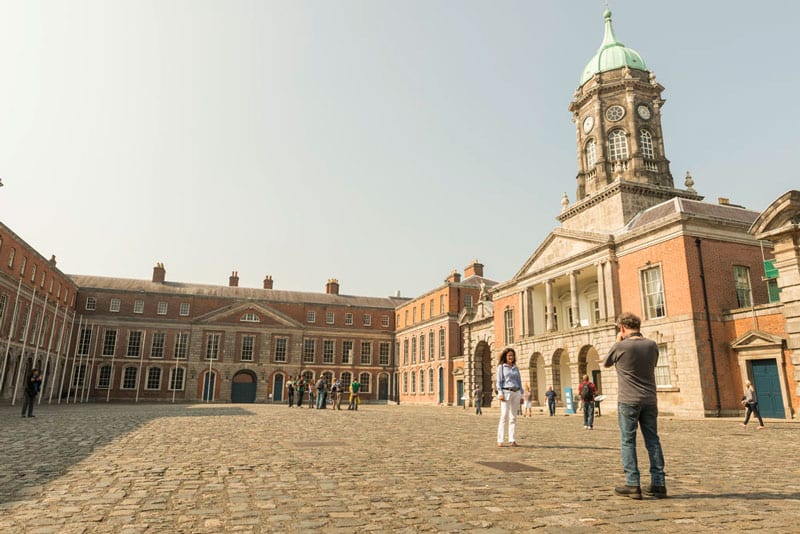 You can hear the stories of 1916 Dublin on Wild Rover Tours 3-hour private walking tour where the guide will share the full story behind each of these important sites and more.