Ireland is so photogenic that filmmakers flock to these shores to capture its beauty for TV shows and movies. Here are just some of the most spectacular filming locations in Ireland, and guess what? You can visit them all.

The wild and windswept landscape of rugged Connemara has appeared many times on both the big and small screen. Marley and Me with Jennifer Aniston and Owen Wilson was filmed here and in the scenic village of Roundstone. Roundstone was also the setting for some of the movie Into The West.

To visit Connemara, take our two-day tour to Connemara, Galway, Cliffs of Moher and the Aran Islands. 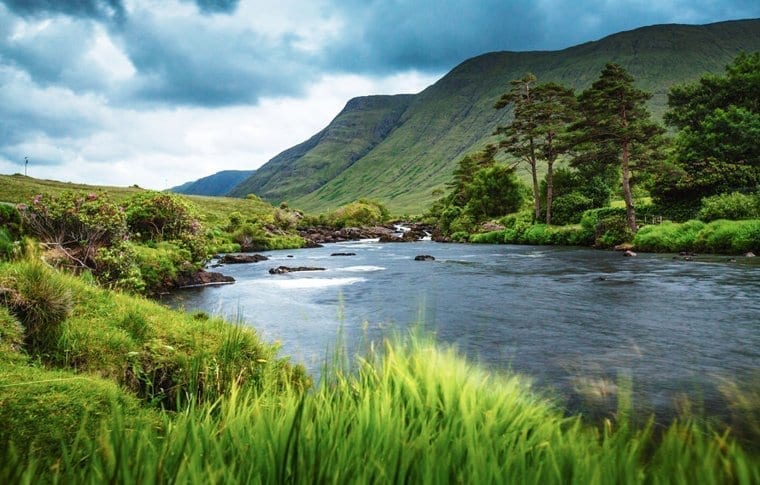 Despite its name, the Dark Hedges is a very romantic and beautiful place. It is an avenue of intertwining beech trees that create a tunnel over a country road. They are a popular tourist attraction in Northern Ireland with fans of the TV show Game of Thrones. The Dark Hedges was used as the King’s Road and the place where Arya Stark escapes from King’s Landing. The Dark Hedges was also a filming location for the 2017 movie Transformers: The Last Knight.

The visit the Dark Hedges, as well as loads of other filming locations, book on to our Game of Thrones tour from Dublin or from Belfast. 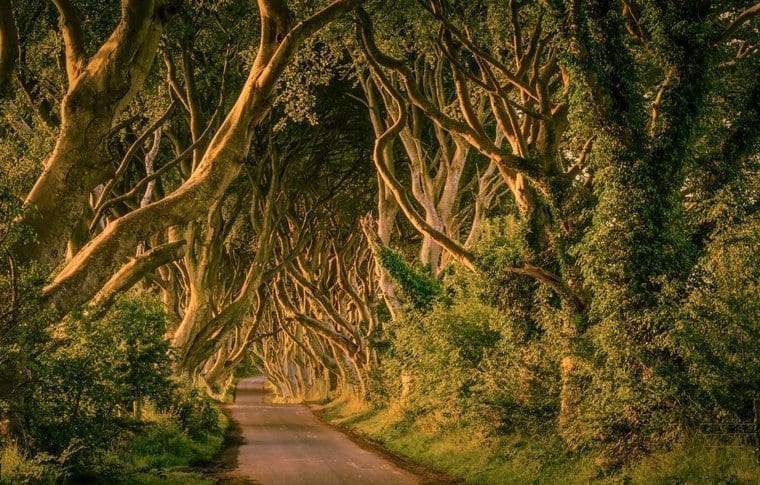 The Dingle Peninsula is known for its spectacular scenery and dramatic landscapes and seascapes. It is an idyllic location peppered with pretty villages and sweeping beaches. As you can imagine, this type of scenery looks epic on the big screen especially in the Oscar-winning movie Ryan’s Daughter. This was filmed around the Dingle Peninsula coastline, including the memorable opening scene on Inch Strand. The movie Far and Away starring Tom Cruise and Nicole Kidman was also filmed here.

To see this magnificent part of Ireland, book our Ring of Kerry and Dingle Peninsula two-day tour. 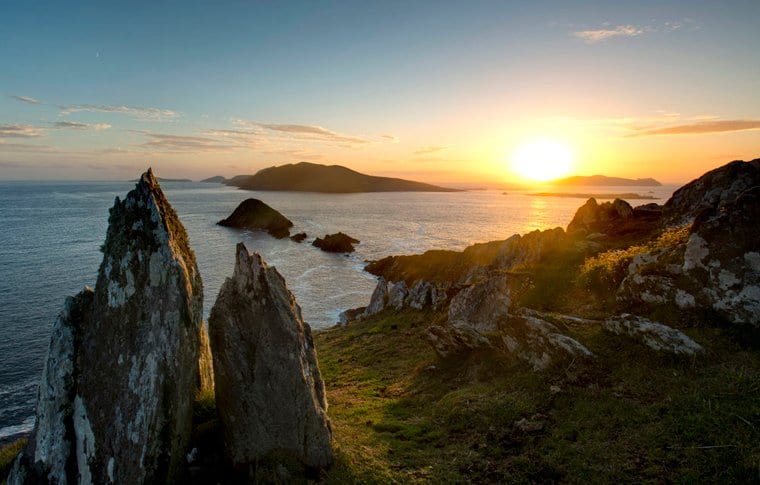 Glendalough is a glacial valley and old monastic town with a rich and fascinating history that has been attracting visitors for thousands of years.

A stroll around the glacial lakes is a great way to see the beauty of the area and you can also explore the monastic settlement that dates from the sixth century.

The TV show Vikings was shot around here with many scenes filmed in the valleys and lakes of Glendalough. 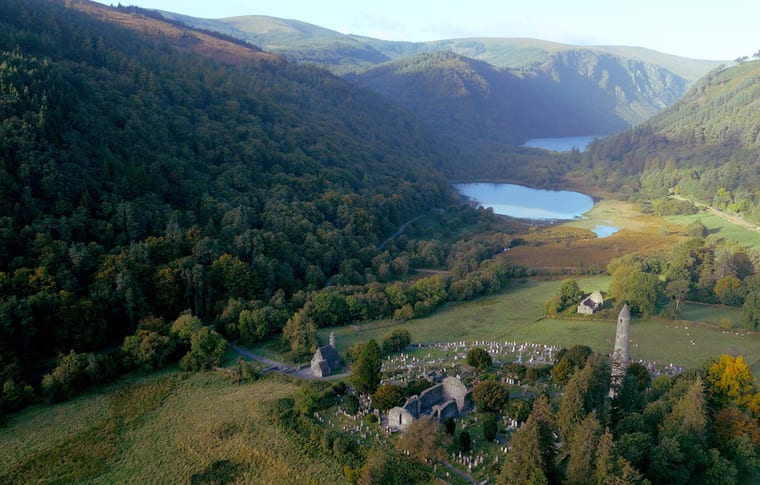 The Powerscourt Estate with its Georgian elegance, beautiful gardens, sweeping terraces, cascading waterfall, lakes and hollows has been used in loads of movies and tv shows. If you love movies, then Powerscourt is a must-visit destination.

One of the earliest movies filmed here was Henry V in 1944. Since then, over 25 movie and television productions have used the estate including the 1970 film Black Beauty, Ella Enchanted, King Arthur, Excalibur, Mary Shelley, Love Rosie, the Count of Monte Cristo and The Tudors. 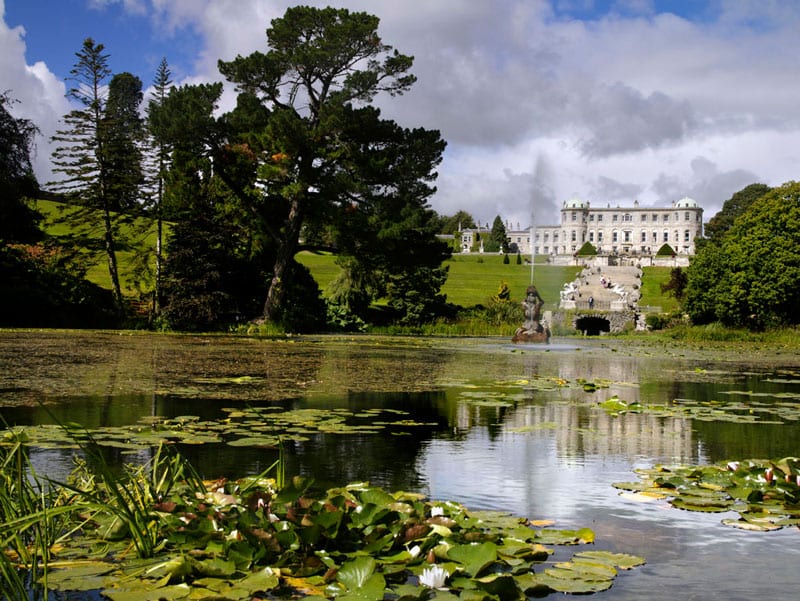 Skellig Michael island lies 12km (8 miles) off the coast of Kerry and is a key location for Star Wars: The Force Awakens. The rugged, wave-bashed rock rises 218 metres (714ft) above the sea and cuts a dramatic figure. On the summit, there is a well-preserved sixth-century monastic settlement. You can reach the island via a boat but you can see the island from the Ring of Kerry and Bray Head. There is also a smaller island and it is home to the second-largest gannet colony in the world.

Lemon Rock is the third island of the Skelligs which was a filming location for Harry Potter and the Half-Blood Prince.

If you want to view the Skellig islands, take our Ring of Kerry and Dingle Peninsula two-day tour. 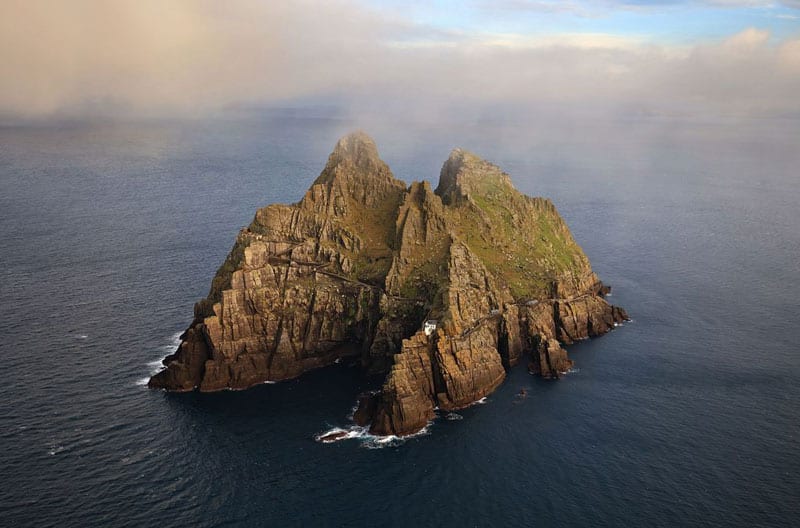 The Cliffs of Moher, Co Clare

Locations don’t get much more spectacular than the Cliffs of Moher. The Cliffs are a series of eight sheer headlands, 214 metres (702 feet) high that stretch 8km along the rugged coastline. They look dramatic as they roll off into the mist towards the horizon and they sound dramatic as the wild waves of the Atlantic Ocean crash into them. With so much drama, they belong on the big screen.

The movie the Princess Bride was filmed here with the Cliffs doubling as the Cliffs of Insanity. If you haven’t seen this movie, stop what you are doing and go watch it immediately. The cliffs also feature in the movie Harry Potter and the Half-Blood Prince as well as in the wonderful Irish film Into the West.

Want to head west to this iconic location? Book yourself onto our Cliffs of Moher day tour from Dublin, which includes an Atlantic Edge Ocean Walk and a visit to Galway City. 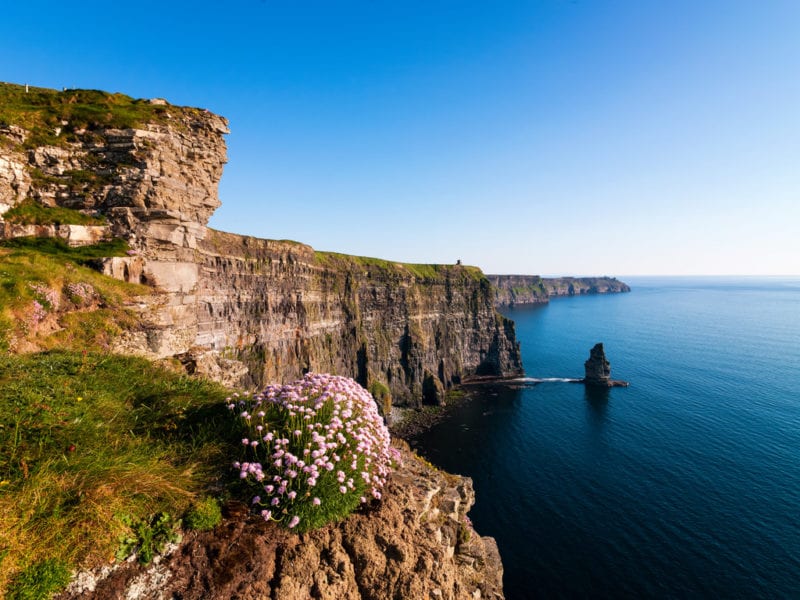 A UNESCO World Heritage Site and the most visited tourist site in Northern Ireland, the Giant’s Causeway along the Antrim Coast is truly breathtaking. It is a unique formation of 40,000 interconnected basalt columns that tumble their way down into the crashing waves. The perfectly-formed horizontal sections are shiny and smooth and look like a maze in the Atlantic Ocean. It is a sight to behold.

The 2014 film Dracula Untold was filmed here and makes for a dramatic backdrop for this gruesome horror. The 2008 fantasy movie Hellboy II was also filmed here as was the 2011 comedy movie Your Highness starring James Franco and Natalie Portman.

To experience this fascinating landscape for yourself book onto our Giant’s Causeway, Belfast City and Carrick A Rede Rope Bridge day tour from Dublin or our day tour from Belfast. 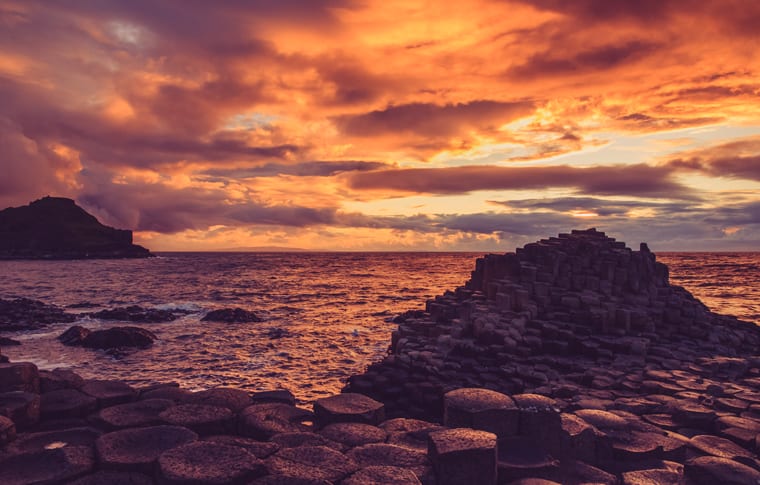 In the heart of Dublin city centre, you’ll find the atmospheric grounds of Trinity College. The university’s cobblestoned squares and historic buildings have been used in the movies Educating Rita starring Michael Caine and Julie Walters, the Irish film Michael Collins and the Bollywood movie Ek The Tiger.

You can stroll around the grounds and visit most of the buildings for free. You can also pay to see the magnificent medieval manuscript, the Book of Kells housed in the exquisite Old Library. 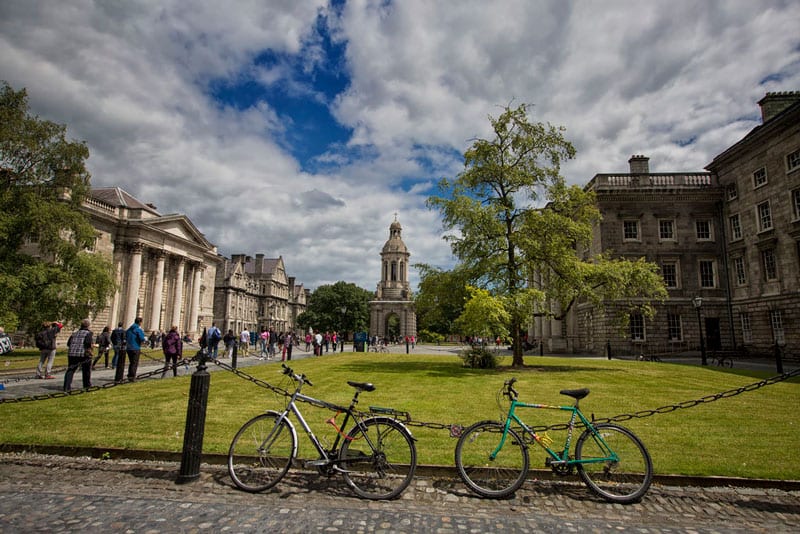 Situated just outside Dublin, the Wicklow Mountains National Park is one of the largest National Parks in the country. With its cinematic scenery of glacial lakes and valleys, forests, rolling hills and winding country roads it is no wonder it has been the filming location for many movies.

The romantic movie P.S I Love You was filmed in and around Glendalough, Lacken Village on the shores of the Blessington Lakes, and The Sally Gap by a field covered in bright purple heather. The Mel Gibson movie Braveheart was also filmed here. The scene where William Wallace escapes on horseback was filmed at Blessington Lakes.

Our Kilkenny, Glendalough and Wicklow Mountains day tour from Dublin takes you through this scenic part of Ireland. 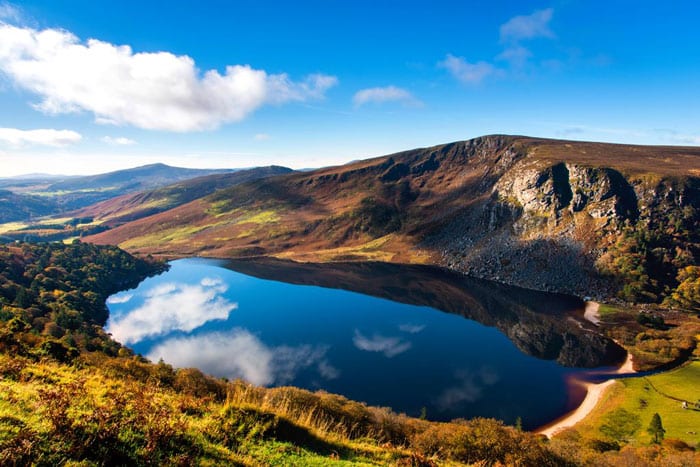 Bespoke tours of Ireland from Dublin

If you would like to visit some or all of these most spectacular filming locations in Ireland, we can create a bespoke itinerary for you. Just contact us and we will help you plan a fully customizable tour.